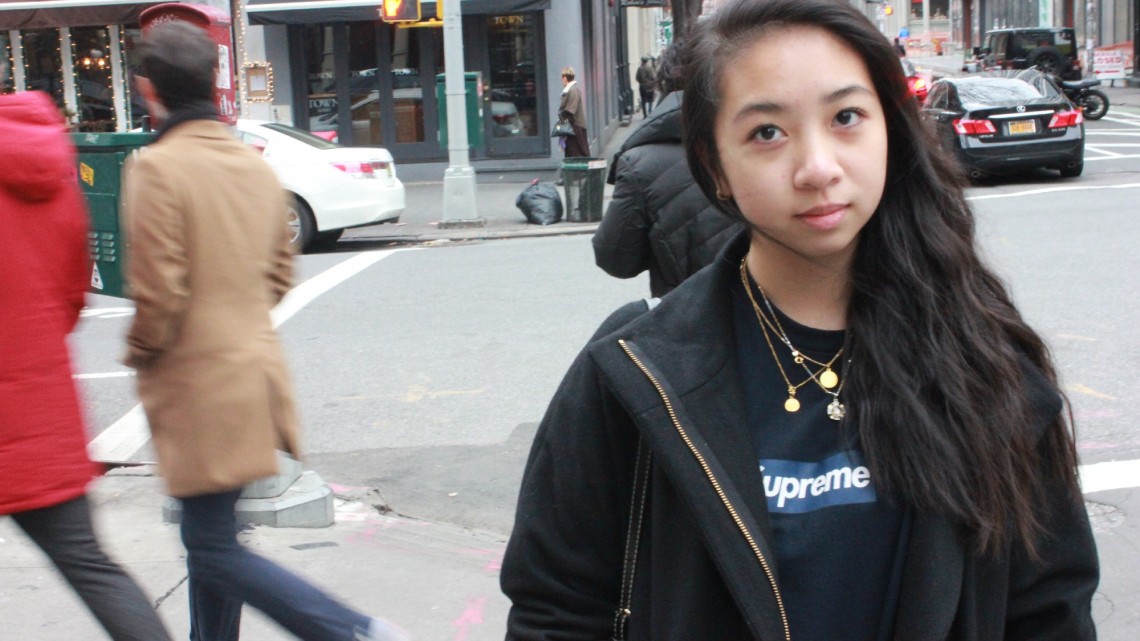 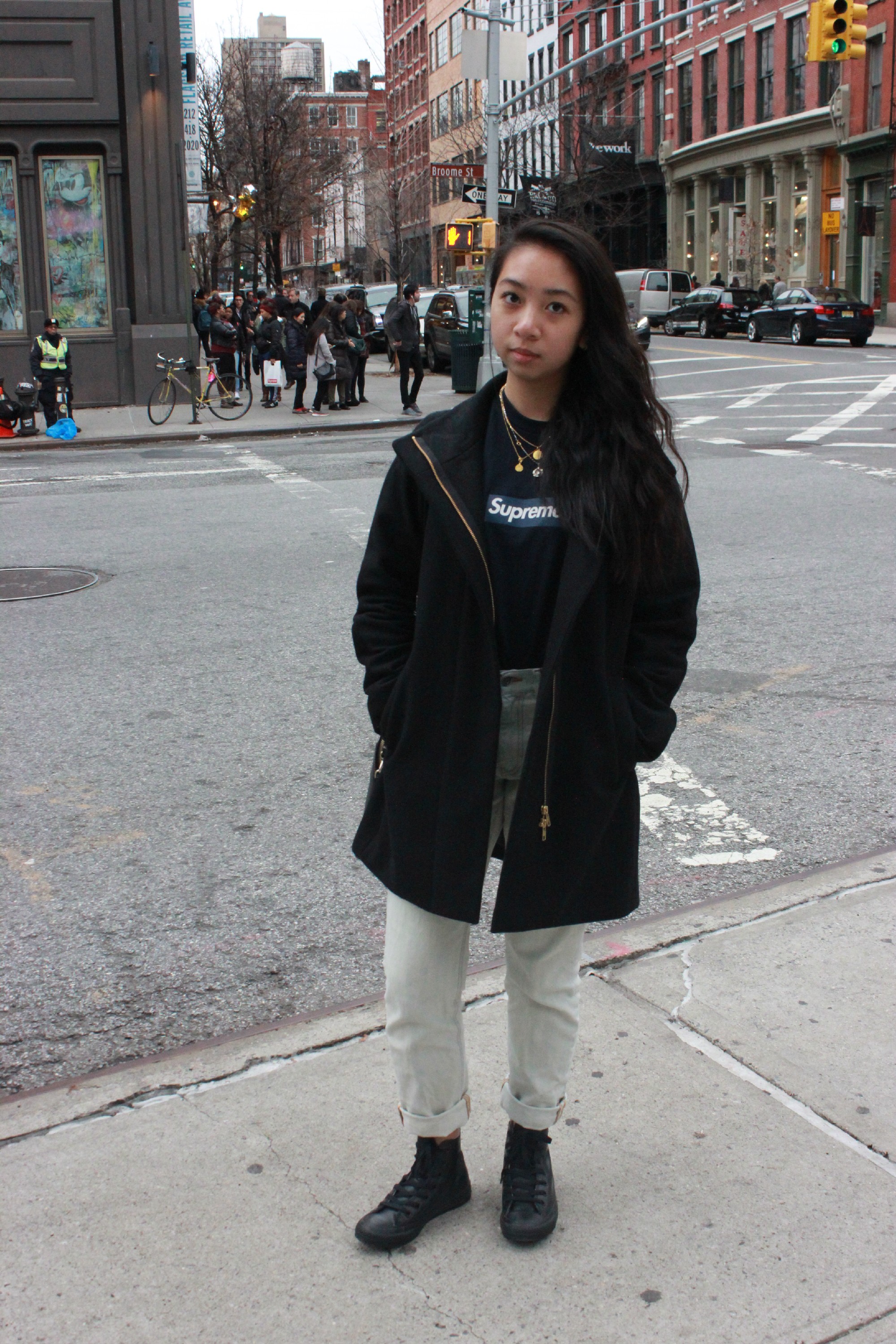 My tee is from Supreme. Supreme was founded in 1994 by James Jebbia. In its 21 years that it was open, it has definitely made its mark in street wear and the larger world of fashion. The brand embodies New York downtown youth culture. It started out as a skate brand, but has become something much bigger. It takes influence from skateboard, hip-hop, youth, and pop culture. The brand and the culture around the brand have been labeled as some sort of a secret club; if you’re in it, you’ll get the lines and the hype around these garments. If you’re an outside to the club, the camp outs, terms used, and hype are mysteries. Every Thursday at the Supreme locations around the world, you can be sure to find a line of teenagers and adults decked out in box logo gear, tiger and shark hoodies, and layered hoodies waiting for the latest drop. The first small skate shop opened by Jebbia on Lafayette street has become global with stores around the world.

As for my jeans, I always get strange looks when I tell someone my denim is Acne. Acne stands for Ambition to Create Novel Expressions. The brand is a Swedish luxury fashion brand created in 1996. It started out belonging to a larger creative company that worked in advertising, film making, and graphic design. After one of the founders, Johnny Johansson, had a stint with creating some raw denim jeans for friends and family, the brand blew up. The denim quickly became an international sensation. Since then, the brand has become a major fashion house, showing at Paris fashion week and having several international stores.

About the Author Kimberly Zhong