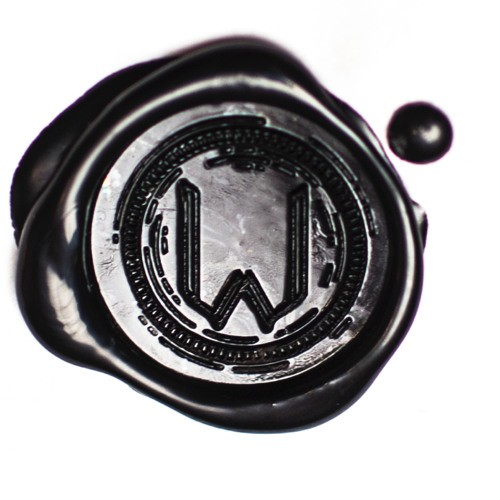 “Cages” - Woolf and the Wondershow

This article has been created to give you, the reader, a month’s worth of music to feast upon. So without further ado, I give you my best finds.

“Cages” by Woolf and the Wondershow

A harrowing, slow build-up guides the listener into “Cages”, the sophomore single by Los Angeles duo Woolf and the Wondershow. “Cages, cages // The bars begin to bend, I break again, again, again // and throughout the ages, cages // I gave you the only key of what was left, was left, was left, was left of me.” The lead singer makes a heartbreaking song complete with out of breath vocals and intense lyrics. The song breaks out in the chorus where the delicate piano piece meets hollow synths and a stand out orchestral string section. The song isn’t too slow and has a lot of energy for the themes that are being sung about.

The band has a pretty odd aesthetic (everything is Victorian themed) which you can see in their music video for their first single, “Cloaked”. In addition to that, the band’s twitter gives off some American Horror Story/Dead Man’s Bones vibes, so look out for that as a bonus.

“Someone Who Loves You” by HONNE & Izzy Bizu 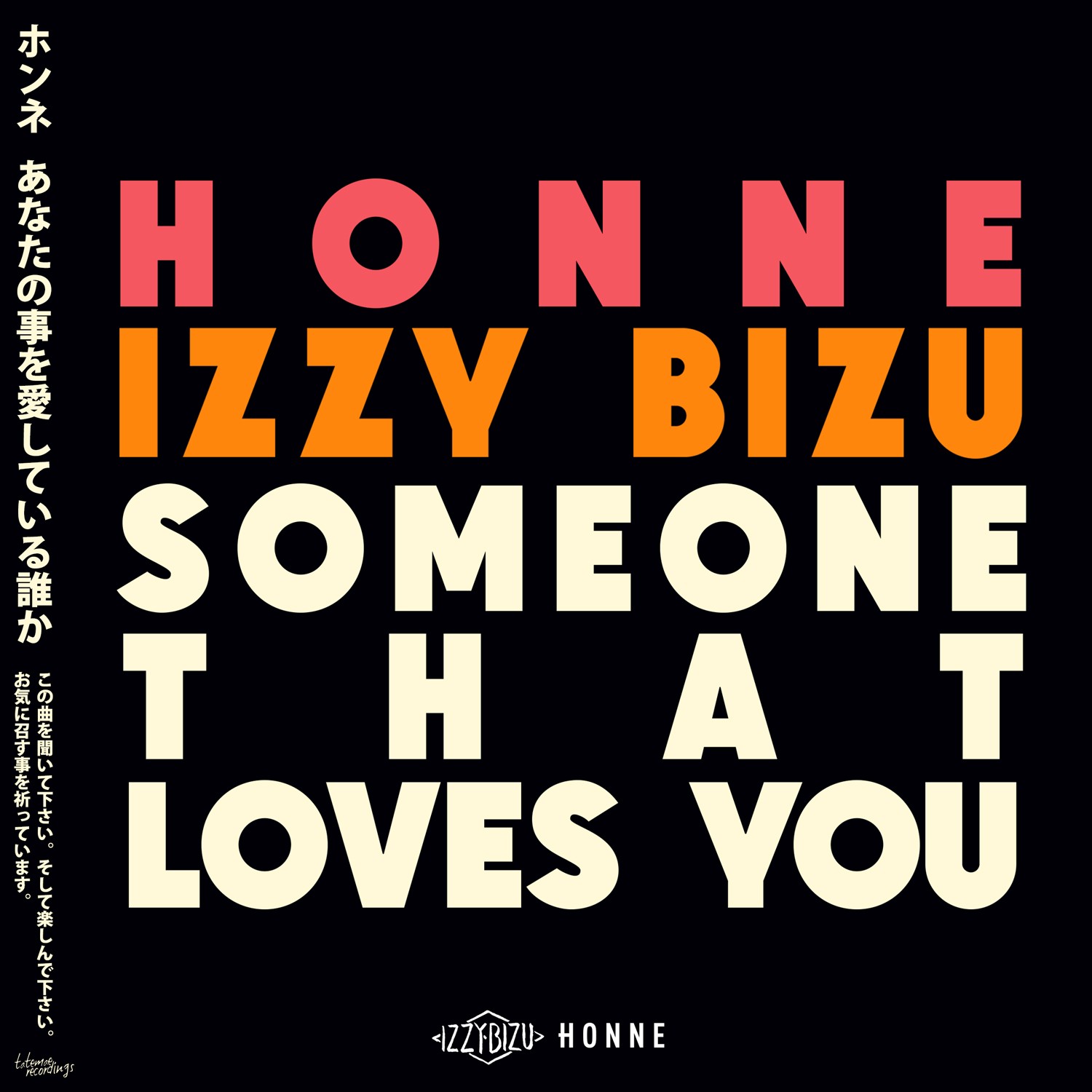 “Someone Who Loves You” – HONNE & Izzy Bizu

This is one of the most incredible duets that I have heard. This is not “featuring” one or the other. This is a real collaboration between two groups who compliment each other in so many wonderful ways. “Someone Who Loves You” is a puzzle that HONNE and Izzy Bizu have unlocked and uncovered.

I really need to emphasize what Izzy and HONNE have done for this song. Izzy, being a singer-songwriter, has brought her individuality and those beautiful vocals of hers. HONNE uses their culture and electronic soul to push Izzy on that pedestal that she deserves and in return, she gives them everything they need to release the song that might be their breakthrough.

The song is illustrious and graceful with echoing beats. The high voice of Izzy meets the low voice of lead singer Andy and together they make tasteful harmonies. HONNE’s debut album, Warm On A Cold Night, is set to come out on July 22nd with this song being one of the lead singles.

“Love You Now” by Oh, Be Clever 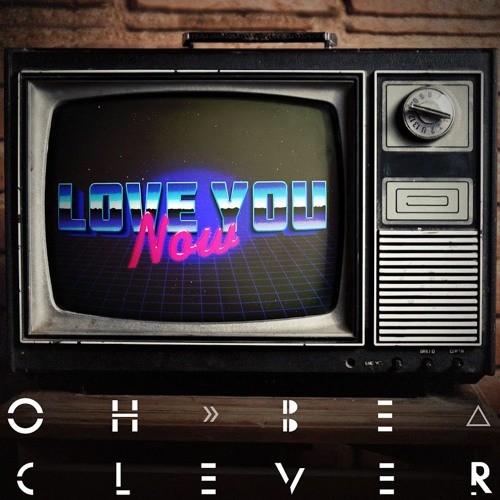 This duo is definitely for followers of girls like Halsey, Ryn Weaver, and Phoebe Ryan. Oh, Be Clever definitely had an interesting formation. Brittney Shields and Cory Scott Layton were previously in bands that had a serious rivalry with each other. After a full-fledged fist fight in a parking lot, Shields and Layton ran away from their respected bands. Once away from the scene, the two figured out they both admired the other and decided to form a new band. Thus, Oh, Be Clever was born.

The band has written with AWOLNATION’s Kenny Carkeet and has just signed with Sony Records subsidiary Century Media. The band looks straight out of tumblr and their music has an edge that can only be achieved by badassness. They only have one EP (not released, only online), but they have 13 tracks uploaded onto SoundCloud, each one better than the rest. 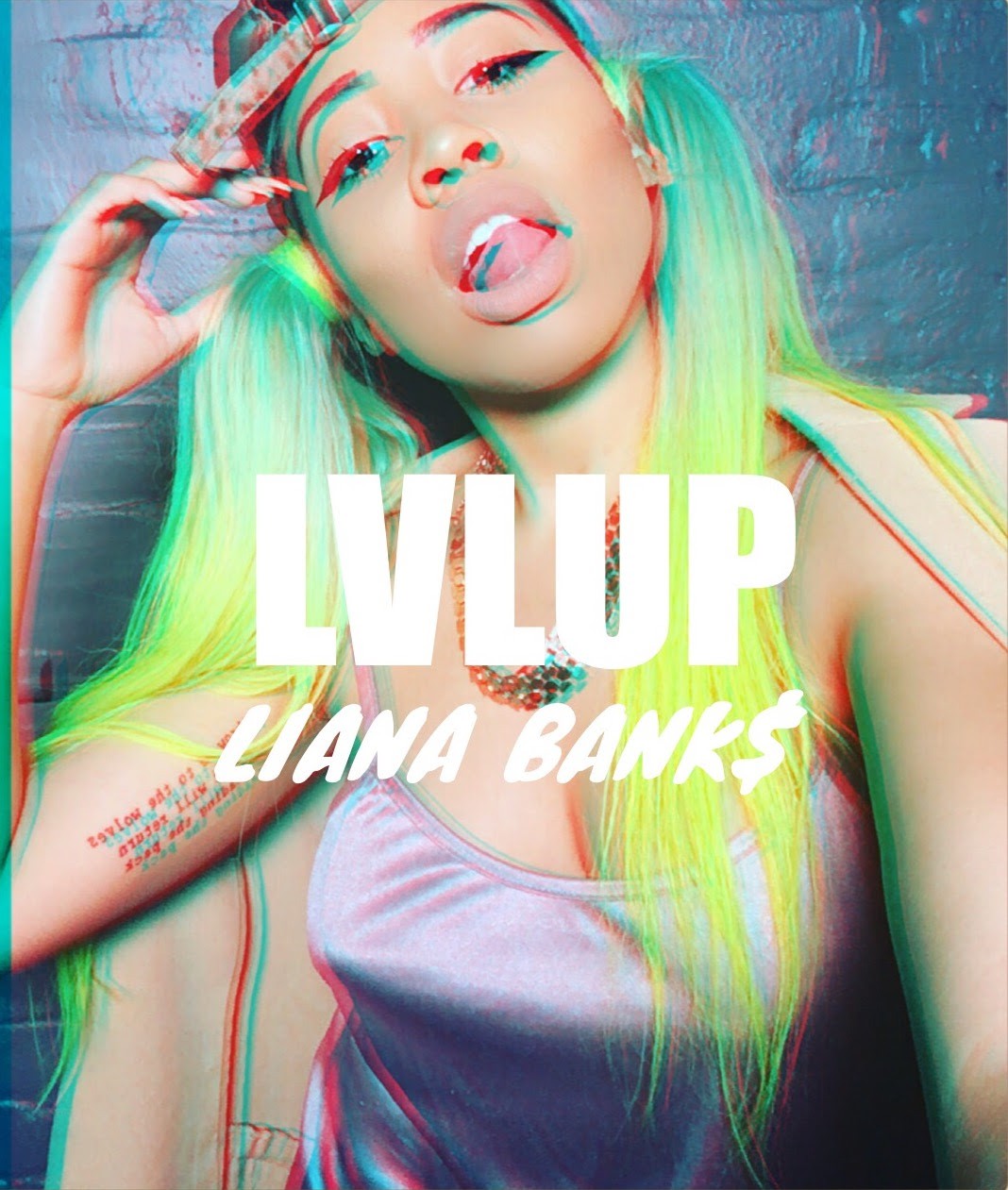 “LVLUP” will seduce and destroy you. Liana Banks has already written with Rihanna and Nicki Minaj on their songs, but now she’s slaying even harder by releasing her own music. She’s gorgeous, she’s talented, and she has the potential to level up to become a powerful player in mainstream music (Get it? The song is called Level Up? Haha, I’m so funny). “LVLUP” has rolling beats and exposing synths that don’t overtake Liana, but instead give her the backdrop for her voice. Like I said, Liana slays and her music speaks for that.

“Life Itself” by Glass Animals 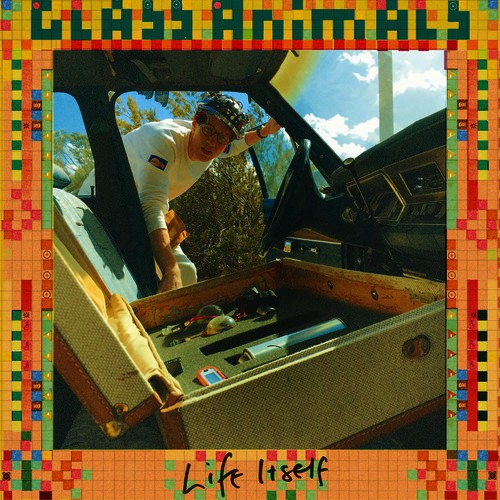 Their album, Zaba, was intricate, textured, tranquilizing, serious, and complex. The lyrics were out-of-this-world odd and everything about the music was like nothing I’ve ever heard before. Glass Animals puts on one of the best shows you’ll ever see just from their stage presence and they will NEVER disappoint.

The band just finished their sophomore album and from it is the first single, “Life Itself”. It’s blunt and brash from the beginning. It’s got some intoxicating layers, and once lead singer Dave Bayley starts singing, you really should be sold. While Zaba was all of those things I mentioned, you can expect something different with this new album if you judge it by “Life Itself”.

It’s less soothing and more immature (in a good way). The lyrics aren’t as trivial as previous songs and if you know Glass Animals, you know that you don’t understand anything that Dave is saying. Well, in this song you can! The band is putting perfection and complexity on the back burner while still maintaining everything else that makes fans of Glass Animals rave. God bless Glass Animals and everything they do for this world. 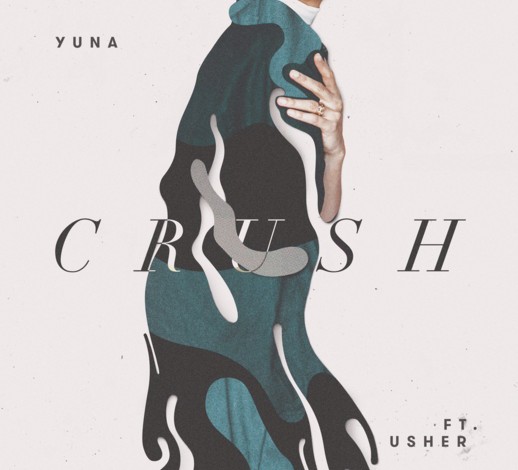 Yuna’s crystal voice has my heart soaring. Gentle falsetto and cute lyrics about a person she’s interested in… My heart aches because of how much I love this song. “I feel a little rush // I think I’ve got a little crush on you.” The song is smooth and having Usher in it will send back nostalgia to simpler times (A.K.A. when Usher was ruling the charts). His voice is as calm as Yuna’s, and together they create a ballad for those out there who are experiencing some summer crushing. As for those who are perpetually single and choose to ignore all feelings (that’s me), it’s just a really. Good. Song. It’s graceful and elegant and refreshing; it’s perfect for summer relaxing.

“Loose Fitting Girls” by Half Japanese Half Muscle 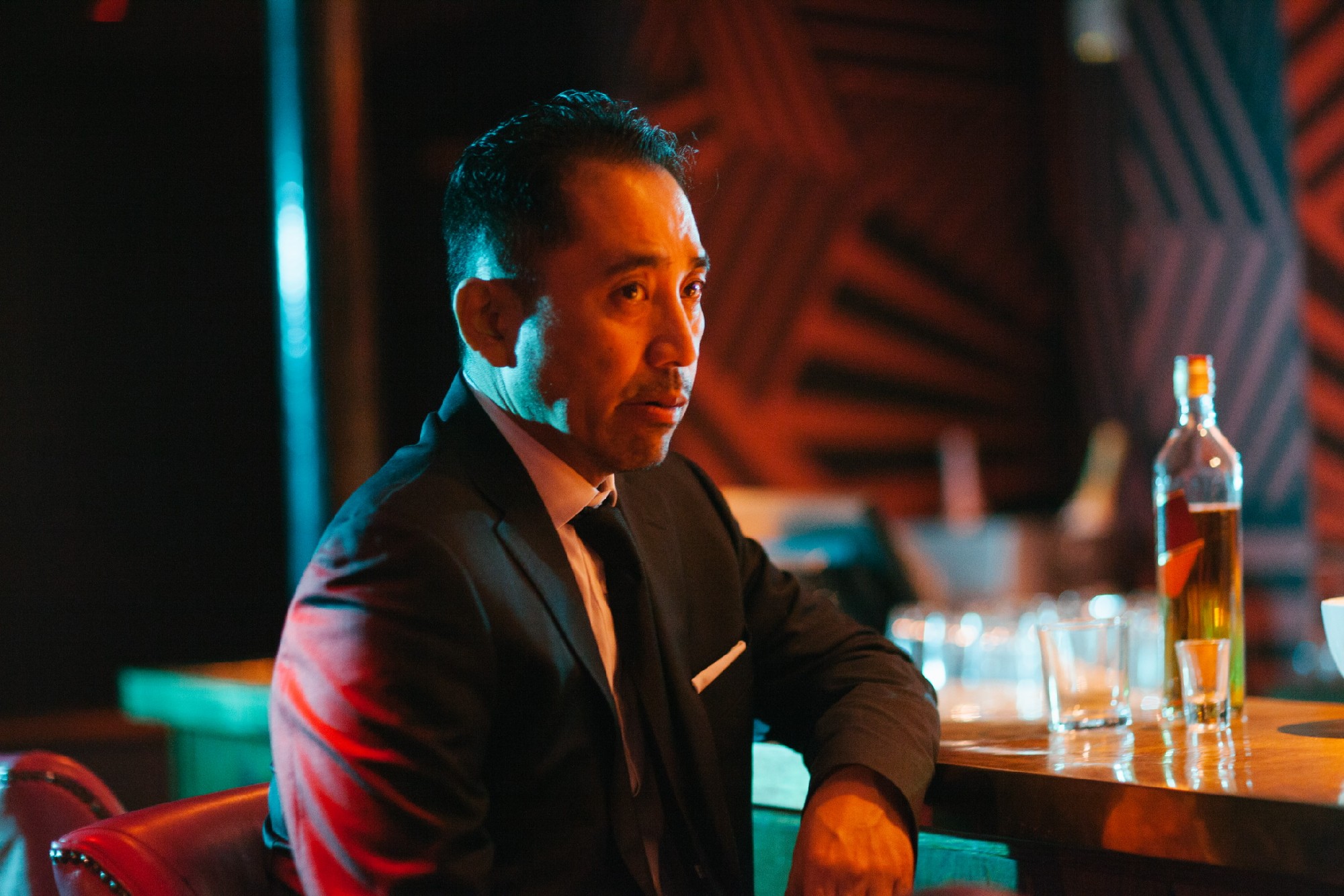 “Loose Fitting Girls” is an electro pop track that’s all about growing and thriving. The music video is pretty much all the internet has of Half Japanese Half Muscle. In the video, a man sits at a bar drinking away his problems. This man goes to the karaoke machine and starts singing the song. He’s crying and he’s mumbling the words as the video goes along until he’s finally happy at the end. Granted, he’s drunk, but he’s dancing like a madman and he’s just really happy which is all that matters! The song has about 1,000 views on YouTube, but the lack of exposure will hopefully dissolve soon.

The lyrics are hopeful, and the glitziness of the song makes the track spark. It’s a great song to dance to and all in all, the song is fun. Hopefully, the band will release more music soon because I’m really digging “Loose Fitting Girls”. 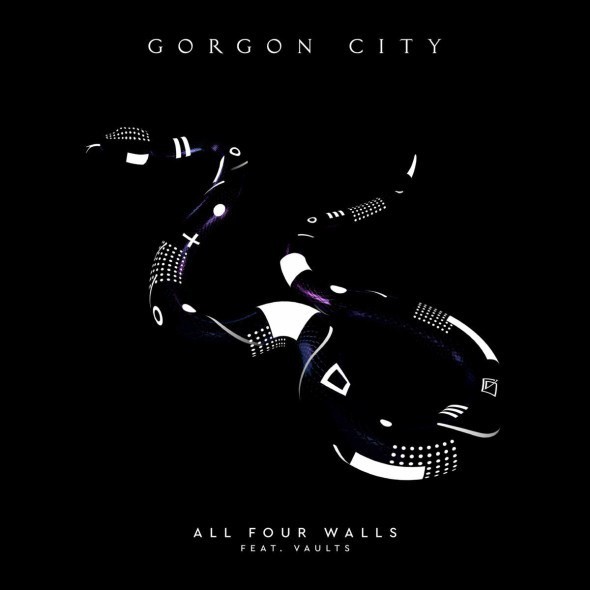 Gorgon City is a pair of producers from London that have been collaborating with artists like Mikky Ekko and Jennifer Hudson for a few years now. “All Four Walls” is one of their latest released tracks.

This track is a banger and I’m so excited to share it. The song involves flashy lead vocals and pure bliss that are background vocals, courtesy of the incredible Vaults. The song is very dance oriented and this particular song has been on repeat all night on my computer.

That’s that for this article, but look out for new music on my spotify, @kat_is_a_kat!
None of the photos included in this article belong to Lucid Magazine.