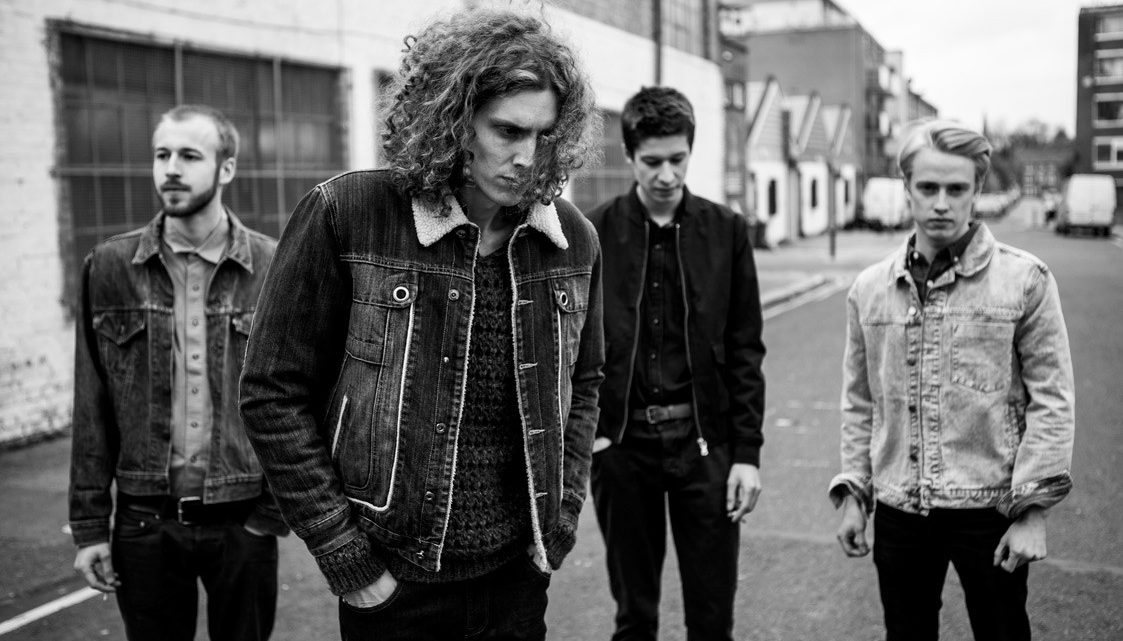 The UK-based alternative rock band, Everywhere, just released the second single off of their sophomore EP, “Some Other Dude”. Recently, we got to catch up with them in between shows whilst on their headlining tour. The guys told the infamous story of how they met, the meaning behind “Some Other Dude”, their musical inspirations, and so much more!

How and when did you all meet?

“We met back in 2012, when our front man, Max, put up an ad online in search for band members. He had just been given an offer to fly in to Los Angeles and record with American producer, Mark Needham, and was in desperate need of musicians!”

Who came up with the name, Everywhere? What does the name mean to you all?

“A friend of our drummer sent us a festival poster as a joke in which he had photoshopped the word, Everywhere, as the headliner. We all felt it looked so great that we just went with it! The word, Everywhere, has a nice ring to it, and somewhat has a liberating meaning to us. It feels limitless and huge!”

How did you all discover you had a passion for music?

“Most of us have had musical training from our early teens and onwards, and our urge to perform and write was evoked by our musical heroes. The exception to the rest of us would be our singer, Max, who discovered his passion much later than the rest of us. He has always been a late bloomer.”

How has music helped you all?

“Music, for us, is a source of inspiration, something to turn to during hard times. We guess it’s something we share with most people. Some songs are really helpful, especially during breakups. I guess, The Smiths have done a lot of good things for us.

Besides listening, actually creating music is a great way to express things that you otherwise couldn’t say. You seem to grow an extra pair of balls when you get up on a stage.” 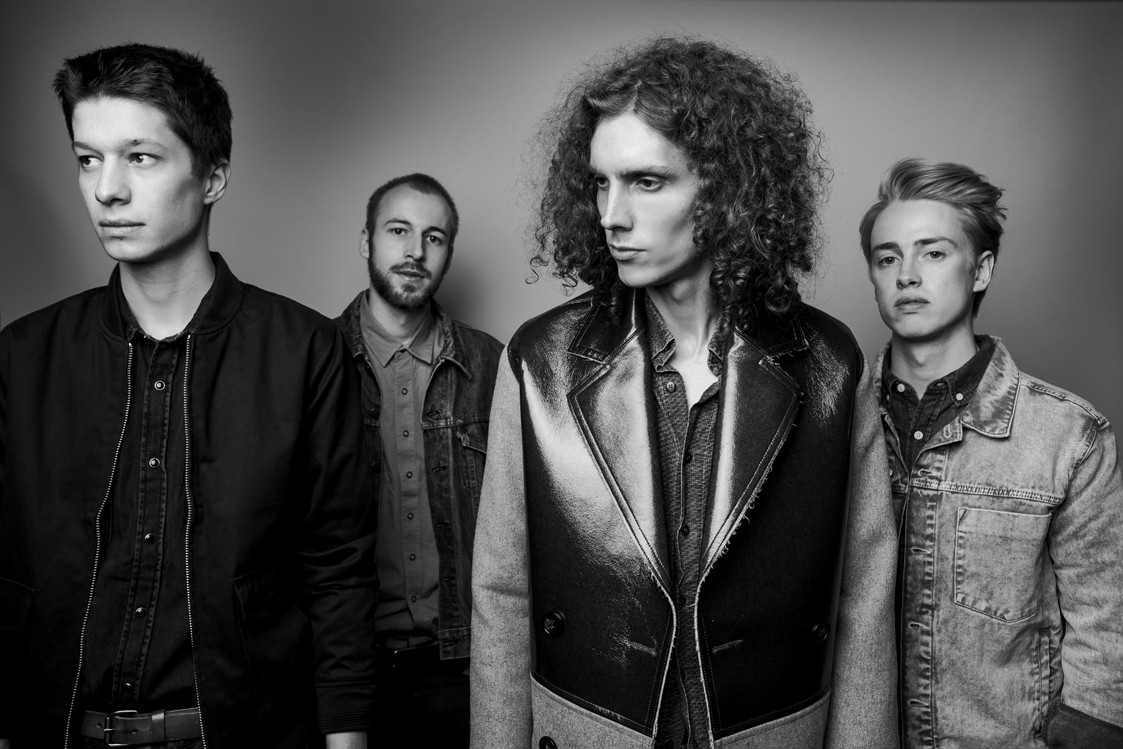 Besides music, what other hobbies do you all have?

“Our keys player, Joe Bates, has a big passion for politics and theater. Boris, our drummer, loves to kick back with a pint and Max Berga has no life outside of the music! We always try to tell him to calm down a bit, but trust us, he does nothing else besides music.”

Who are some of your guys’ favorite artists?

“Our preferences differ slightly, but we can all agree that The Cure, The Smiths and Deep Purple are all fabulous bands. We do have a few guilty pleasures, as well, such as Taylor Swift ;)”

What is your dream collaboration with another artist?

“We would love to collaborate with Ryan Tedder from One Republic or Max Martin. It would also be fun to do something slightly out of the box, such as a collab with Hans Zimmer. We absolutely love his soundtracks; many of them are very dear to our hearts.”

Would you say these artists inspired your sound?

“To some extent, yes, but there are so many artists that have inspired us. Our sound is a mish-mash of references from all over the place. You can find traces of modern outfits such as The 1975, or perhaps back the tape to the 90s and find some Pearl Jam in there. If we revisit the 80s, there is a big number of great bands that have had a huge impact on our sound, as well, such as The Cars and Haircut 100.”

How would you describe your sound?

Take us through your creative process when finding inspiration behind writing new lyrics.

“Our front man, Max, is the guy who writes the lyrics, and he has what he calls a ‘Heartbreak Archive’ in his head. It consists of all his past experiences with ex-lovers. When he needs inspiration, he cherry-picks something from the past and turns it into a song!”

What type of environment do you all feel is best to write songs in?

“EastWest Studios in Los Angeles is the perfect place. But you rarely get the opportunity to write in a world class studio like that. It’s always good to have some peace and quiet around you when you sit down to write, not too many distractions. However, a deadline usually works wonders for our creativity.” 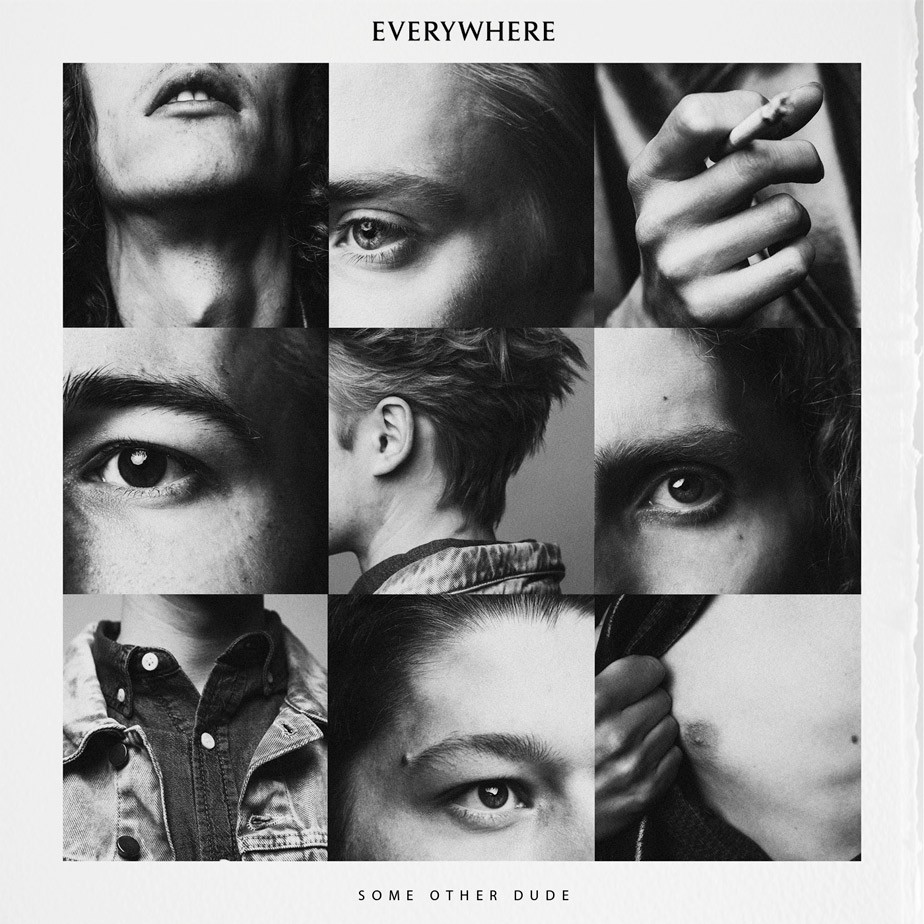 “Some Other Dude” – Everywhere – Gianluca Pantaleo

What is your new song “Some Other Dude” focused on? What was it inspired by: fantasy or reality?

“You know when you think back on those moments? When you had a chance to love, but let it slip away? ‘Some Other Dude’ serves as a reminder to act before it’s too late. Or you may find that she has moved on the next person, dancing with somebody else. It’s something that has happened to all of us, so it’s based on personal experience for sure.”

What would you say is your favorite track out of all of your music?

“They are all dear to us in different ways, but if we collectively had to choose one, we would go with ‘Some Other Dude’. Mainly because it’s so fun to play live!”

Are you planning on releasing a new EP or album anytime soon? If so, when?

“Yes, ‘Some Other Dude’ is the second single from our sophomore EP that is due out this fall.”

What’s your guys favorite place to be when youre not busy with shows or making new music?

“We are frequent pub goers. Usually, we just hang around in London, drinking pints and getting hammered!”

Can you tell us a little bit about your tour? What are you all most looking forward to doing/going during it?

“The whole concept is thrilling, but meeting the fans all across the UK is the aspect we are looking forward to the most. Headlining Bleach on July 8 with Fragile Creatures is something we are dying to do, as well. That will be a highlight for sure.”

Are you planning a US tour anytime soon?

“The amount of support that we are getting over in America is staggering. And people are asking us to come over and play, so it wouldnt be too crazy to assume that we might head over the Atlantic very soon. We just need to finish up what we have started here in the UK first. But coming over to play some festivals such as SXSW is an absolute must and on our bucket list.”

Where do you guys see the band in five years from now?

“Hopefully, five years from now, we will be doing another interview with you, but this time, we would be doing it in the dressing room right before hitting the stage at Wembley Stadium!”

What are your guys’ goals for the remainder of the year?

“Our goals for the year are to keep staying busy, keep playing shows and keep on spreading the word about Everywhere!”
None of the photos included in this article belong to Lucid Magazine. All photos belong to Gianluca Pantaleo.