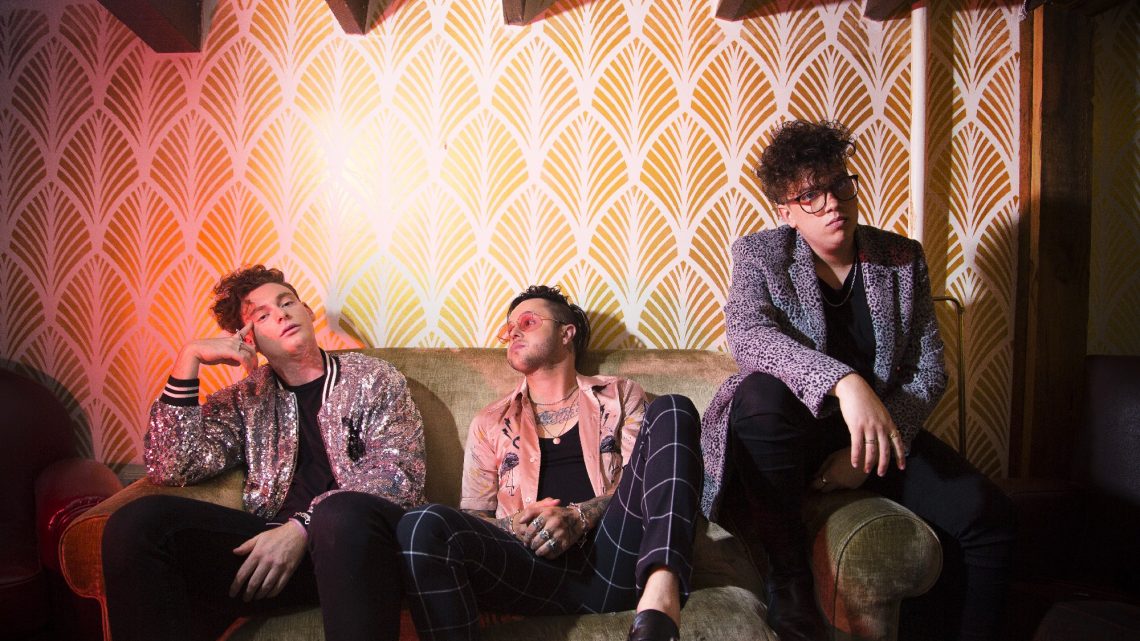 You might have already heard of lovelytheband from their hit single, “broken”, or maybe the fact that they’re set to tour with 5 Seconds of Summer on their “Meet You There” Tour starting this October, or, more recently, their performance with Halsey. But if you haven’t heard of this incredible band yet, you will soon (And not just from this article). lovelytheband is an indie pop band consisting of three members: Mitchy Collins (frontman), Jordan Greenwald (guitarist), and Sam Price (drummer). Since their formation in 2016, they’ve released four singles and one E.P. Today, they released their debut album, finding it hard to smile! 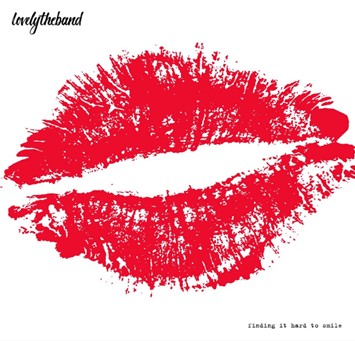 finding it hard to smile – lovelytheband

finding it hard to smile consists of 16 tracks:

Below is what I think of my favorite songs from the album!

The first full-length song on the album really describes how I (and probably everyone else) have been feeling all summer. Lyrics like “I can’t seem to get off my couch”, “You see me smile, but I won’t be happy”, “Feeling sorry is my favorite is my favorite hobby”,  and “You’re invited to my pity party”, back up the band’s reputation of being seemingly effortlessly relatable in the most genuine way possible.

This song was first released on their debut E.P., everything i could never say…, and it was the song that first got me into lovelytheband! I can still remember exactly what I was doing when I first heard it, and, although it’s not directly what the song is about, I feel like that’s exactly what the song is for – making memories. You can’t help but sing along to the chorus, and I can’t imagine how insane the crowds must get when they play this at their gigs.

Of course, I have to give recognition to “broken”, lovelytheband’s most iconic song yet. It did break the record for the longest running #1 track on Alternative Radio, after all. For lack of a better word, it’s relatable, and in the best way possible. With a chorus containing lyrics like “I like that you’re broken / Broken like me / Maybe that makes me a fool” followed by “I like that you’re lonely / Lonely like me / I could be lonely with you”, this song will make it onto everyone’s lovey-dovey playlists – that is, if it hadn’t already. 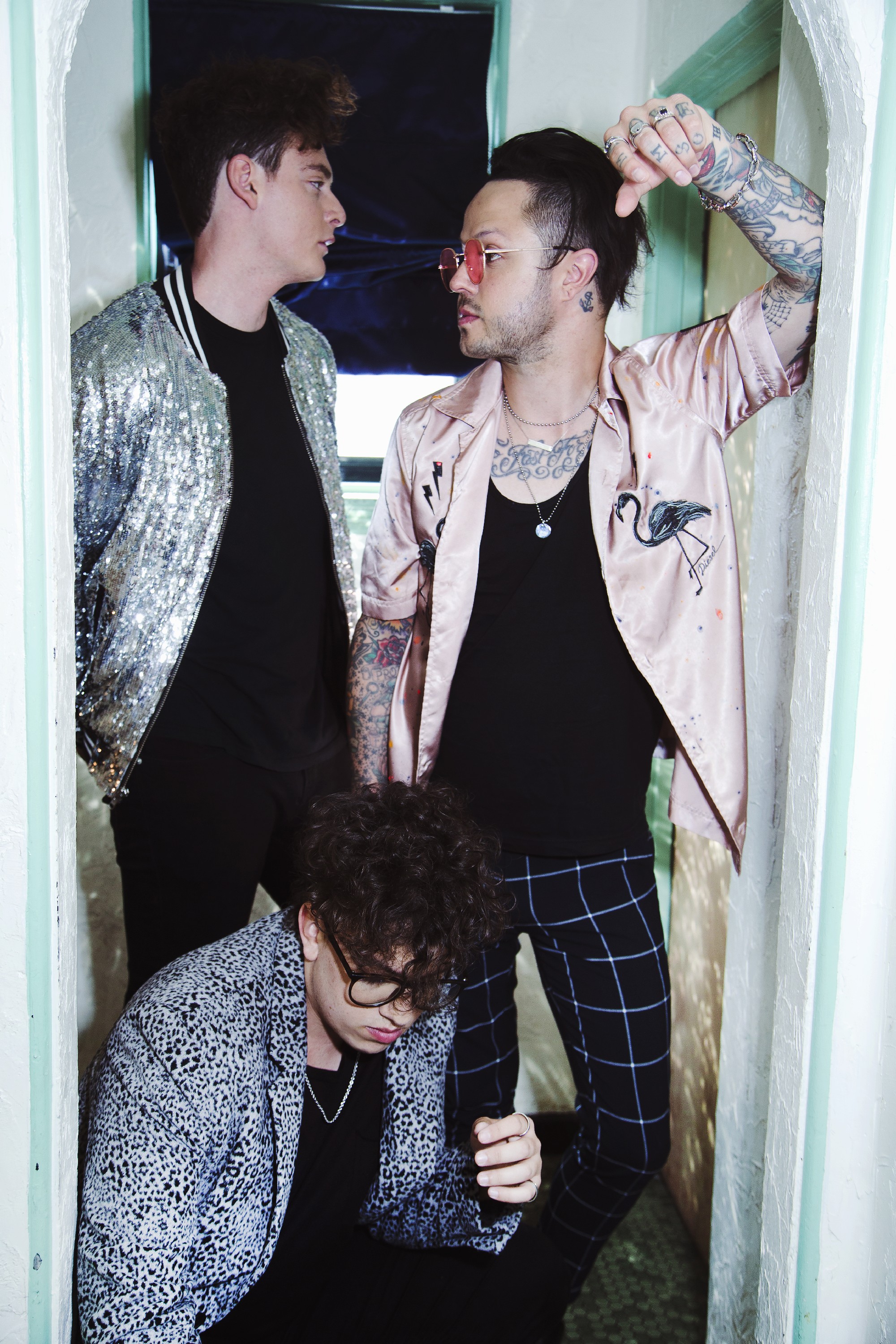 Music has the power to calm me down in the worst situations, but not just any song can do this. A very few select tunes have made it onto my “take a breath” playlist, and this is one of them. If I had to describe it to someone who hasn’t heard it, I’d probably say that it sounds the same way that it would feel if you were to lie down in a field of flowers on a nice day – that is, if you weren’t allergic to pollen like me. In all seriousness, everything about this song is beautiful.

I have a sweet spot for interludes. No matter how much you like an artist and how excited you are for a release, it can be hard to stay interested for 45 minutes or so to listen to a new album in full. Interludes have this surreal power to grab your attention and bring it back to the remainder of the album. In this respect, “filling a void” is no different. However, it’s beautifully unique in the way that it is painfully relatable. The duration of the song is only a minute and ten seconds, but it says all it needs to say with lyrics like “Caught up in my feels now / Thinking back to when I used to make myself proud” followed by “She leaves before the sun’s out / While I’m dreaming of somebody who I need now”.

This song perfectly describes how it feels to want to be with somebody who doesn’t necessarily not want to be with you as well, but just doesn’t want to be with anyone right now. It doesn’t show any bitterness or resentment towards the person, only understanding and longing. In the song, frontman Mitchy Collins tells the subject that he doesn’t mind if she won’t give him the title of “boyfriend”, and that he will be whatever to her – coining the phrase, “your whatever”. It’s definitely one of my favorite new releases included on this album.

This is another song that I would love to hear live, mostly because of the fact that the chorus is practically yelled by the frontman, but in the most enjoyable way. The chorus consists of all of the hardships and insecurities that are being experienced in the relationship featured in the song. As the song calms down, it attempts to end with the same line that it begins with “Dancing in your party dress / You were singing me some Frank Sinatra as you wept”. After this line, it begins to fade completely out, but then, the beat comes back and Collins belts out the chorus one last time, a detail that I love.

lovelytheband uses this song to shine light on what seems to be everyone’s #1 regret – calling their ex after a drunken night. Most people might make one tweet about an occurrence like this and never speak of it again, but this band decided to dedicate an entire song to it. Instead of viewing these actions as embarrassment, lovelytheband views them as chances taken that didn’t work out as they’d hoped, brushing it off and referring to them as nothing but “stupid mistakes”. But this song isn’t just about one incoherent voicemail left for an ex, it’s really about how hard it is to let go of someone. My favorite lyrics in the song that illustrate this are as follows:“Too many skeletons / Too hard to keep them in the closet where they’ve been”. Many people will go through a breakup and try their best to avoid the other person at all costs for as long as they can, but these lyrics show how unnatural and difficult that really is.

finding it hard to smile was just the album to get me out of the funk I’ve been in, and it’s definitely the one I’m gonna be bopping out to as my summer comes to an end. 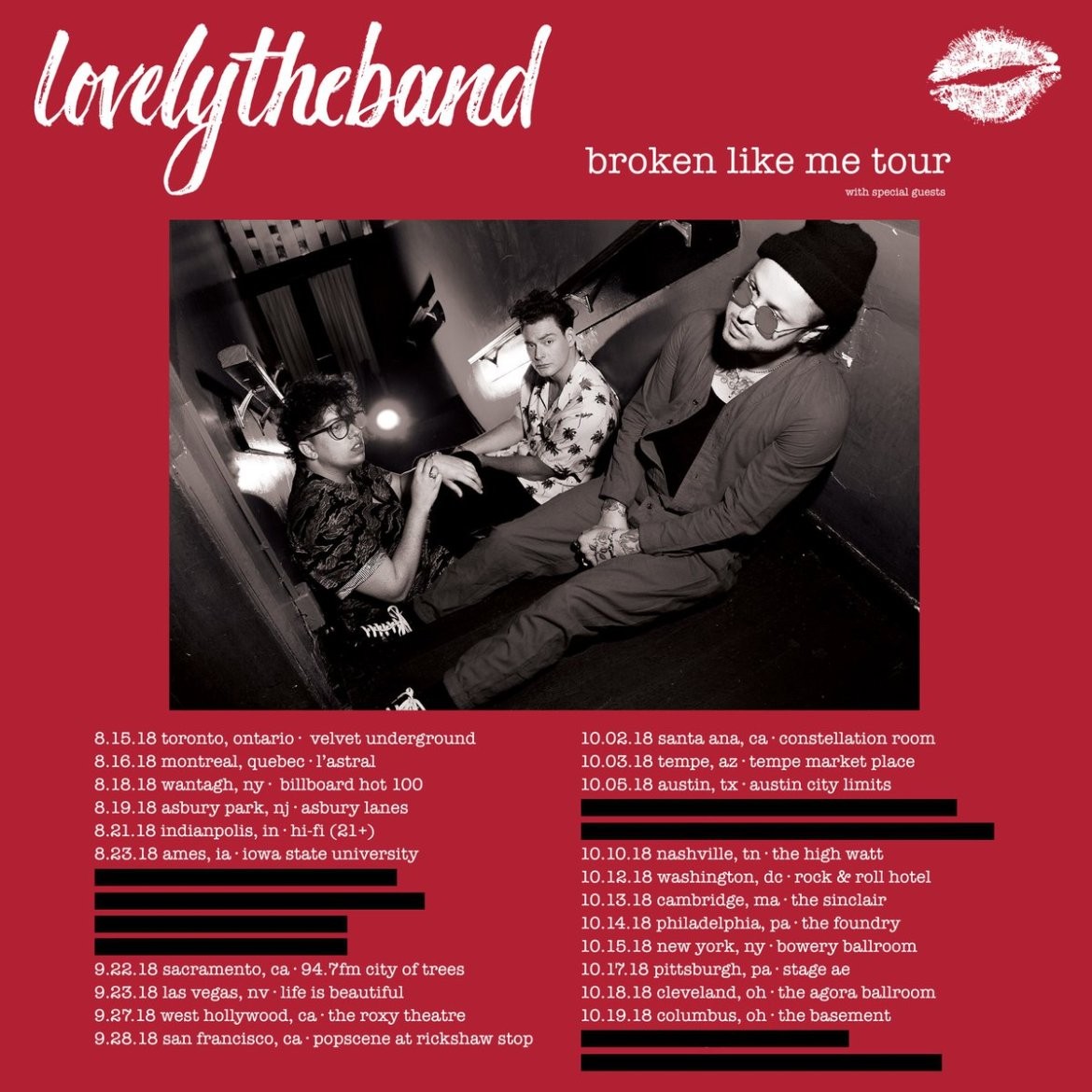