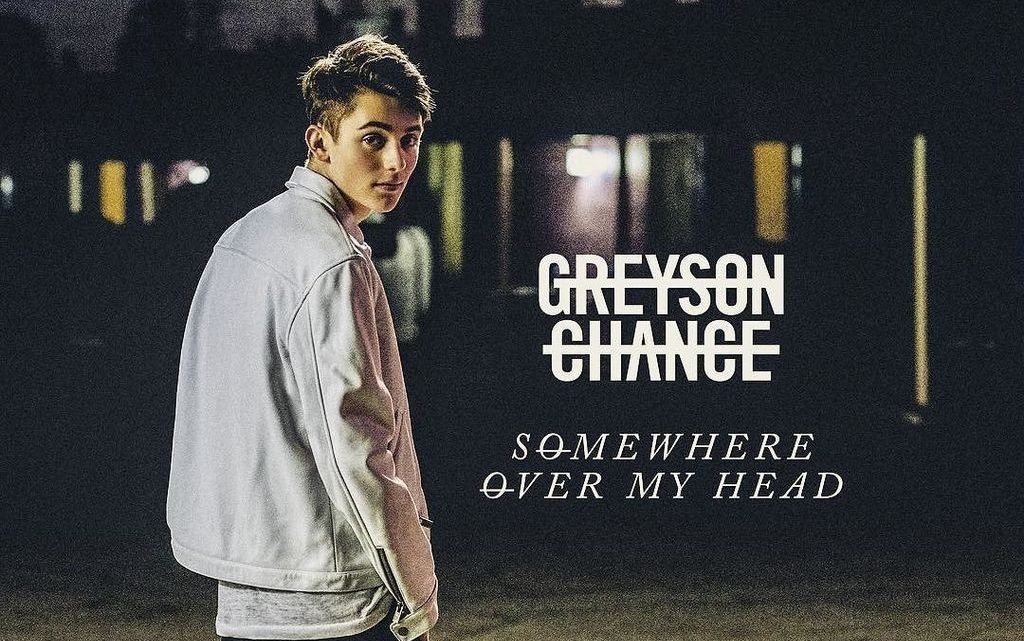 Somewhere Over My Head - Greyson Chance

I guarantee you that this EP review is going to sound biased to some. I’ve been a fan of Greyson for six years – yes, six years! I’ve been listening to and supporting Greyson for such a large chunk of my life, but that doesn’t necessarily mean I absolutely love everything that he puts out. I’m extremely judgemental when it comes to his music, as I set high standards for what I expect of him. 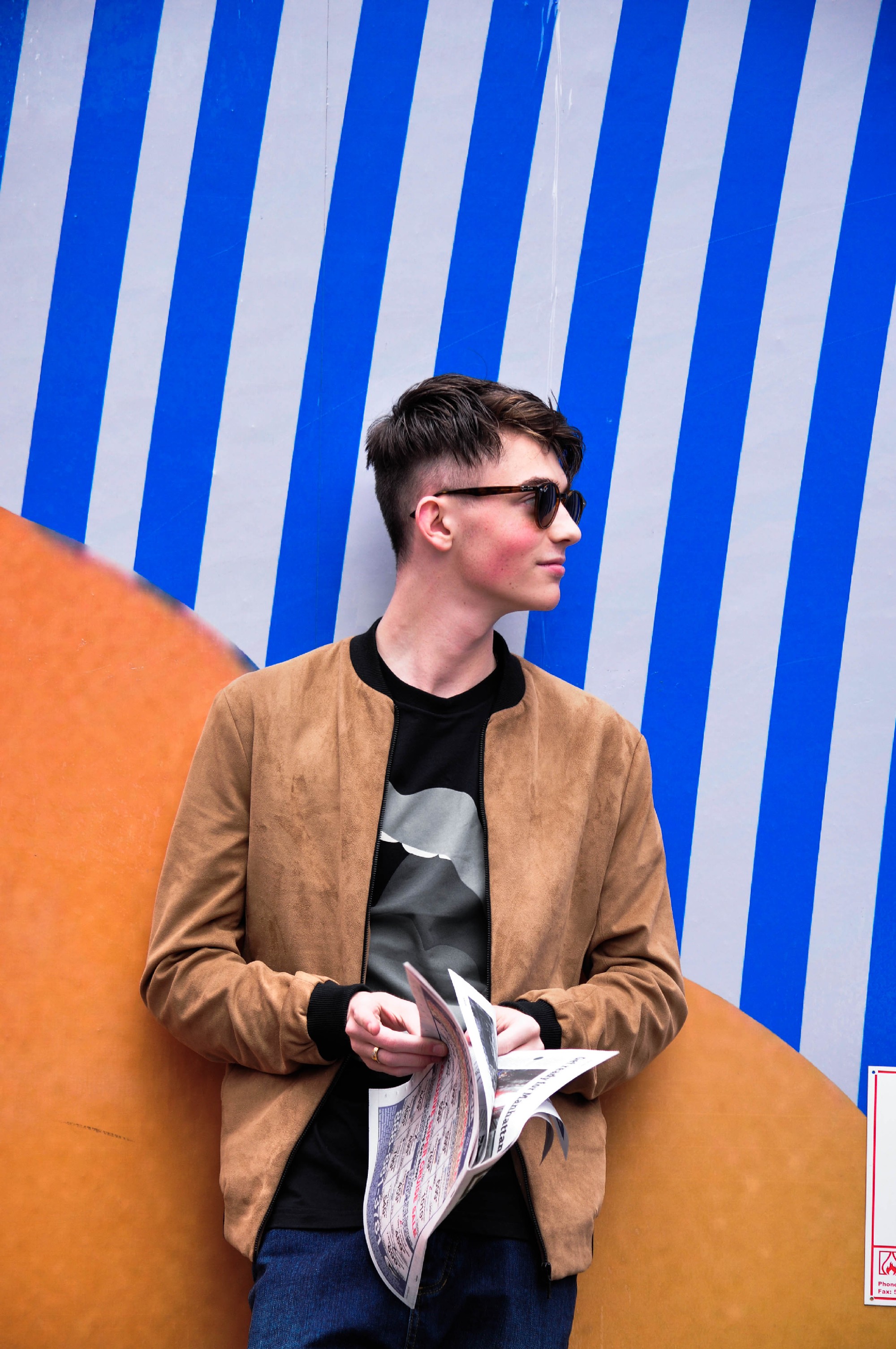 In case you don’t know who Greyson Chance is, let me give you a little background information. Greyson was pushed into the music scene after he was recorded at a school talent show singing and playing the piano to “Paparazzi” by Lady Gaga. This video was posted to Youtube and accumulated millions of views. Ellen DeGeneres asked Greyson to be a guest on her show and he quickly gained fame. Did I mention this all began when he was only 12?

Over the span of these six years, Greyson has released one full length album, two EPs (one of which has been released only in Asia), and an abundance of singles. He has also changed labels a series of times, prolonging the release of any sort of album or EP within these past three years. Although it has been a struggle for Greyson, he is back on his feet and has finally been able to release this EP with a whole new sound and image!

I was quite anxious to hear Somewhere Over My Head, as I truly did not know what to expect. In the past, there have been select songs of Greyson’s that I was not a fan of. I was really hoping I would like the songs he chose to place on this EP because there’s nothing I would love to do more than publically promote him. Greyson has continuously stressed that his new music is nothing like his past, which is a bummer because his album Hold On ‘Til The Night was my jam in middle school. So here I am, listening to his EP with an open mind (and open ears.)

This isn’t a new song; Greyson released it as a single in 2015. However, I really am a fan of this song – it’s catchy and upbeat! The song tells a personal account of Greyson’s where someone he deeply cared for took a jump into the unknown and how it impacted him. My favorite lines of this song are, “Don’t tell me in my sleep, don’t tell me in my dreams, don’t tell me what you see. Show me with a touch, show me with some love, show me you’ll stay with me,” as it represents how much actions speak louder than words. I would certainly not mind hearing this song repeated on the radio, and it wouldn’t sound out of place if it were to be played on a major broadcasting station. 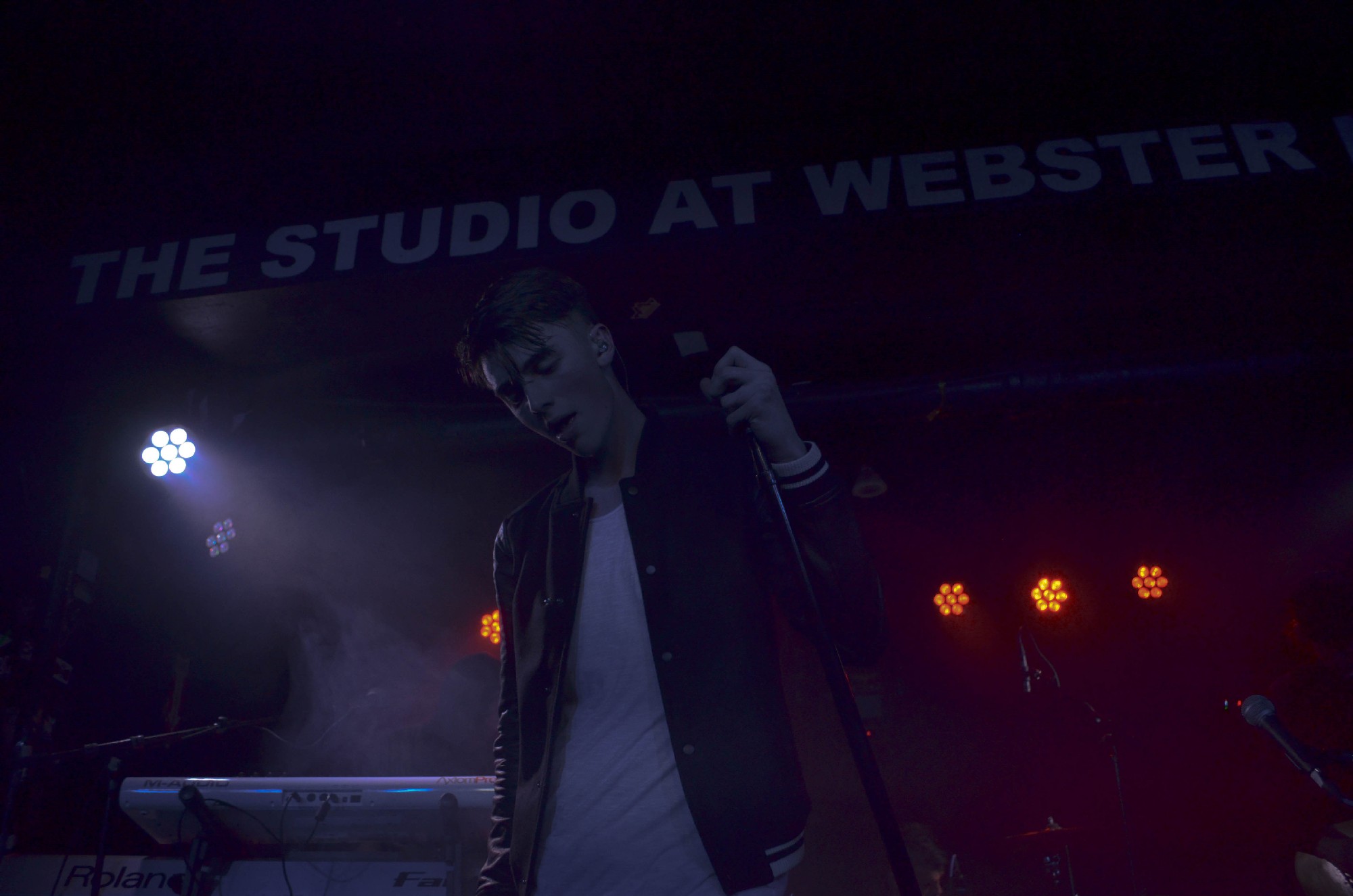 “Back on the Wall”

Chance released this song as a single prior to the release of the EP during late April.Before listening to the entire song, I listened to snippets that he had posted which consisted of a few lines of the chorus. The chorus sings, “Push me back on the wall,” and I admit that the first thing that came to mind was that this was going to be an entire song dedicated to discussing sexual encounters. The song is a love song, with lyrics referencing issues that one may experience in a relationship, with lines such as, “I know you think I’m coming undone, but there’s no need, no need to be afraid.” It is a catchy song with a different, electronic sort of sound. When I first heard this song, I was not a fan at all. It was straying from the type of sound I associated with Greyson and I didn’t like it. But, as I continued listening, the song grew on me and I adore blasting this song and screaming the lyrics at the top of my lungs! 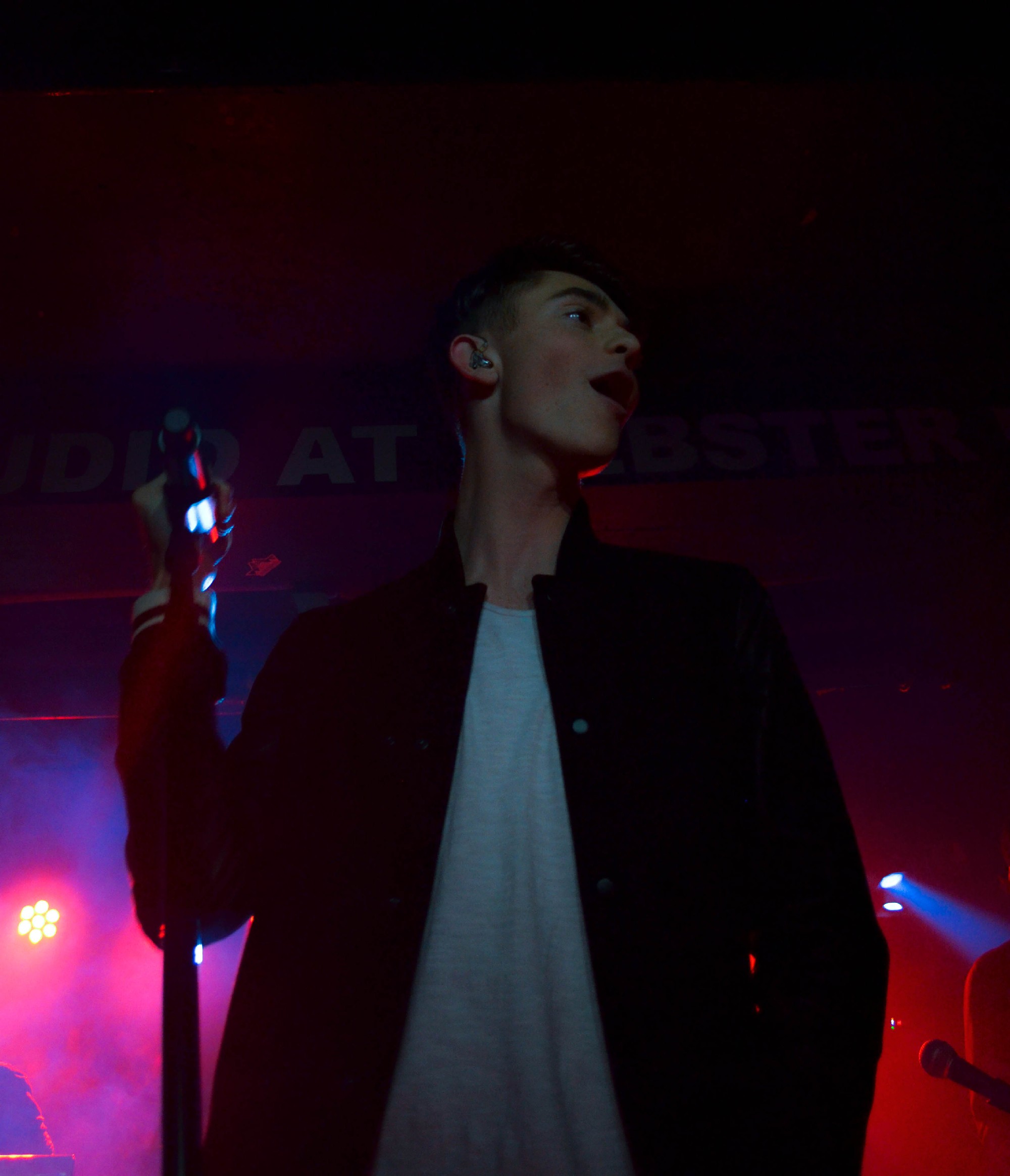 The song begins with the line, “Don’t tell me you love me when I don’t, keep those words locked in a bottle.” That line alone is strong and packed a punch, already drawing in a first time listener. The best way I can describe this song is that it’s an R&B song mixed with a pop song, which is, again, very catchy and upbeat. This song is about someone who does not know their own feelings, calling themselves a “hit and run.” Again, I confess that my first time listening to this song was not on this EP, as Chance released it as a single in early 2016.

This was a song that was not released as a single prior to the release of the EP and I was pretty excited to hear it. Chance posted a snippet of the song on Twitter and I was surprised to hear that the song was not as fast paced as his other songs. My favorite line of this song is, “Never saw the world so f-cking clear ‘til you came around, came around here.” I see this song as a typical love song, where Chance is singing about how much he appreciates his love interest and how they have a love that everyone wishes for. I fell in love with this song from the first listen and I’m very pleased with what Chance has produced. 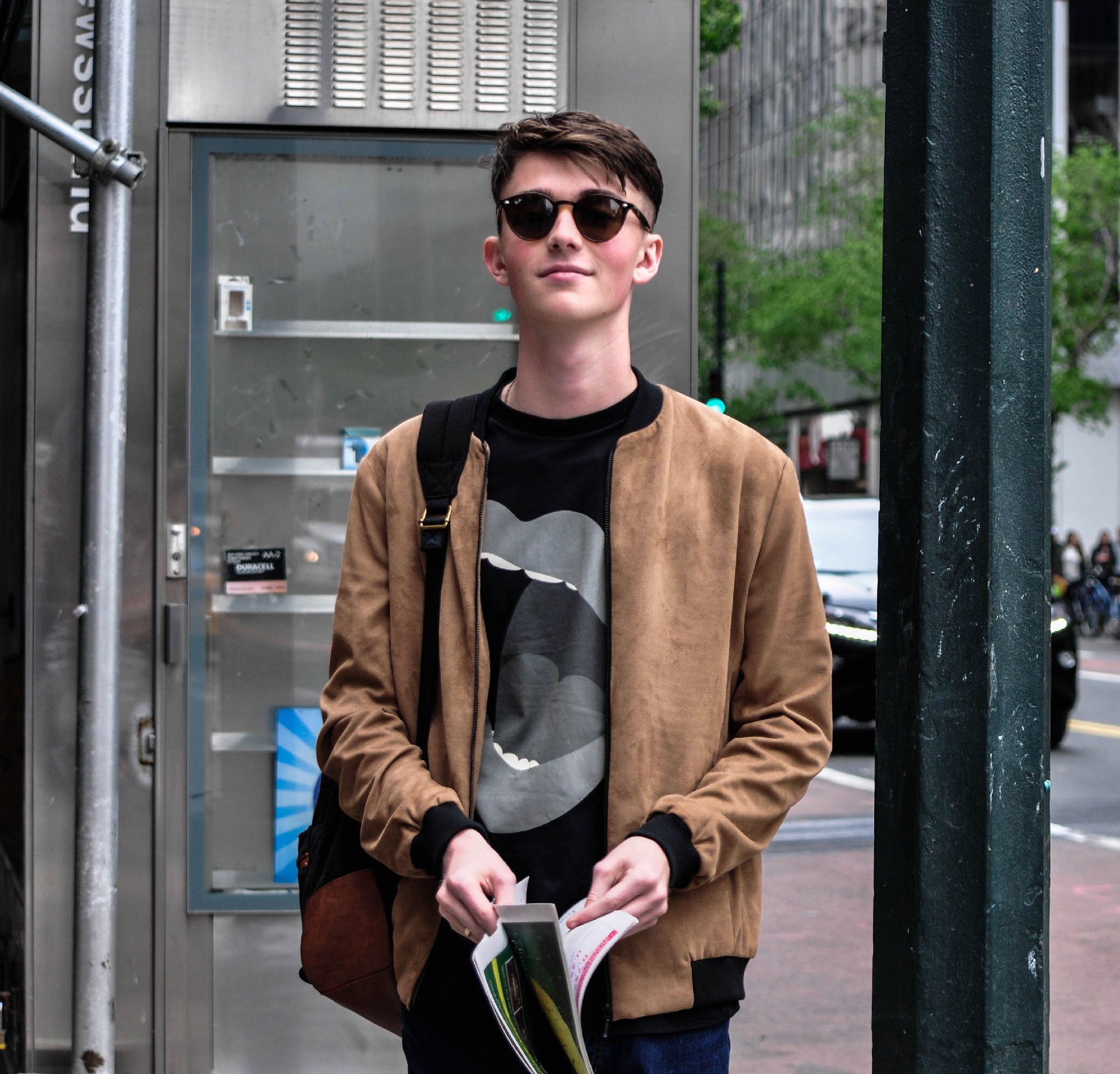 Ah, we have reached the last song on the EP. I had heard this song before when I attended Greyson’s concert in February. This is another slow song, but it is significantly slower in tempo than “No Fear”. Chance sings about drinking his sorrows away during what sounds like a breakup. This song is quite sad and is a large contrast when compared to the other songs on his EP. A strong lyric in this song is, “Your memory near, laced with the pain. I needed love, but it’s never the same.” As the song comes to a close, it fades into a more upbeat, fast tempo. The next half of the song shows Chance coming to a realization that the relationship he once had was toxic and that the person he spent his time with was not invested in him at all. He sings, “You weren’t looking at me, you were looking instead, somewhere over my head.”

Overall, I was genuinely pleased with this album and I am so proud of Greyson for all that he has accomplished. It is evident that he has found a sound that he can truly reside with and listeners are able to see that he has matured a great amount since Hold On ‘Til The Night was released. This EP showcases the wide range of notes that Greyson is able to sing (including some falsettos that are truly insane.) Greyson now writes and sings songs with deeper meanings than most and can tell his life experiences through his lyrics.

Somewhere Over My Head is one heck of an album and is now available for purchase on iTunes and Google Play and can be streamed on Spotify, Tidal, and other music sharing websites! Go take a listen to this incredible album today! 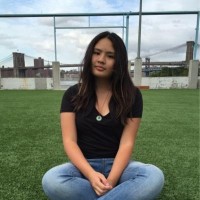 About the Author Tiff Chea