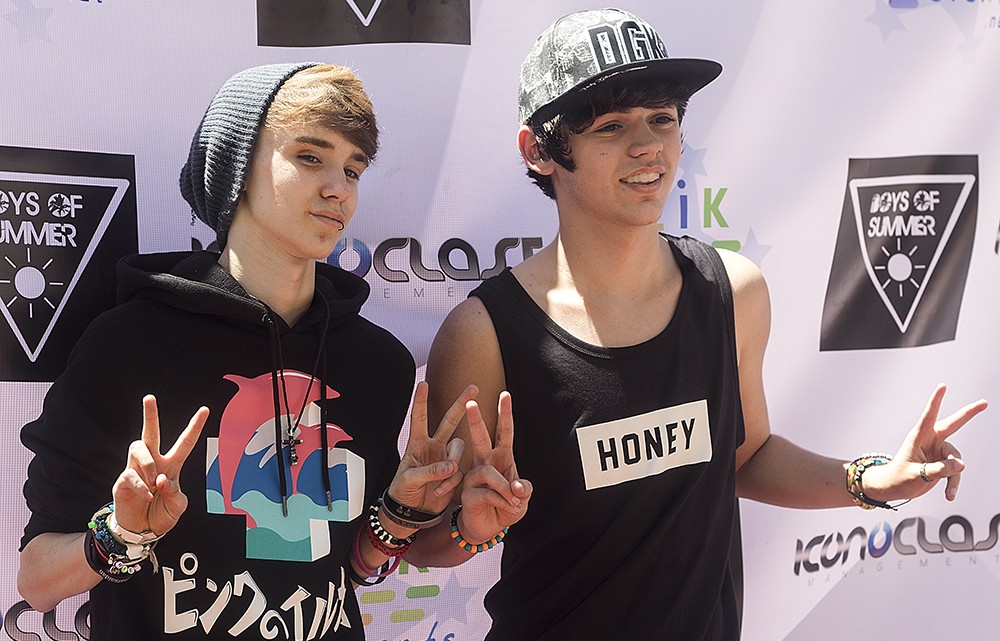 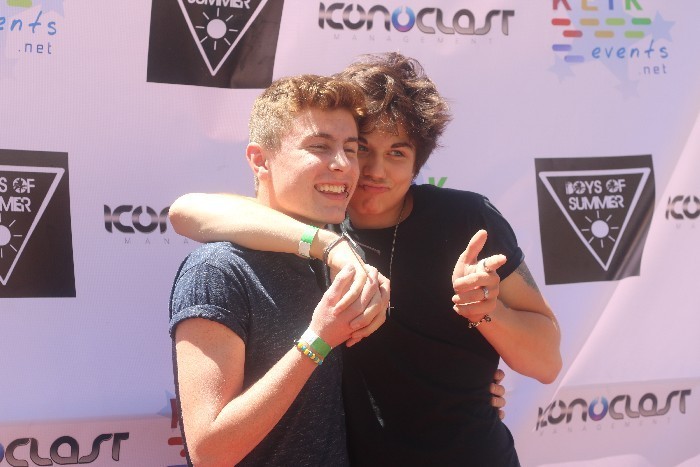 I suppose they sold too many tickets for the meet and greet, and instead of cutting off the line, they extended it by an hour until everyone was met. During that hour, DJ Oz and Dre got the crowd “turnt” with many One Direction songs that everyone was singing and dancing along to!

After the meet and greet finished, Sam and Colby opened the show with a dance. I’m still not sure if it was supposed to be hot or funny (funny because Colby was making a lot of funny faces and they were shimmying), but it was really funny to me. Whatever they were trying to do, the crowd did enjoy it! 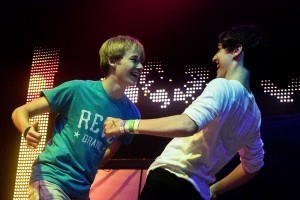 Nick Drossos came onstage next. He performed even more One Direction, and that got the crowd singing along again. He also performed his new song, “Beautiful”. At the end of his performance, he picked up a bucket of stuffed koala bears and, while wearing a hat with a koala on it, threw them into different parts of the crowd! He later threw the marvelous hat into the crowd as well.

Tristan Blaine followed with singing that could only be described by one word; perfection. Not only was his voice amazing, but I, and many other fans, thought his dancing was even better. He even sang his newest song, “Before They Turn out the Lights”! I didn’t think it could get any better, but then it did. 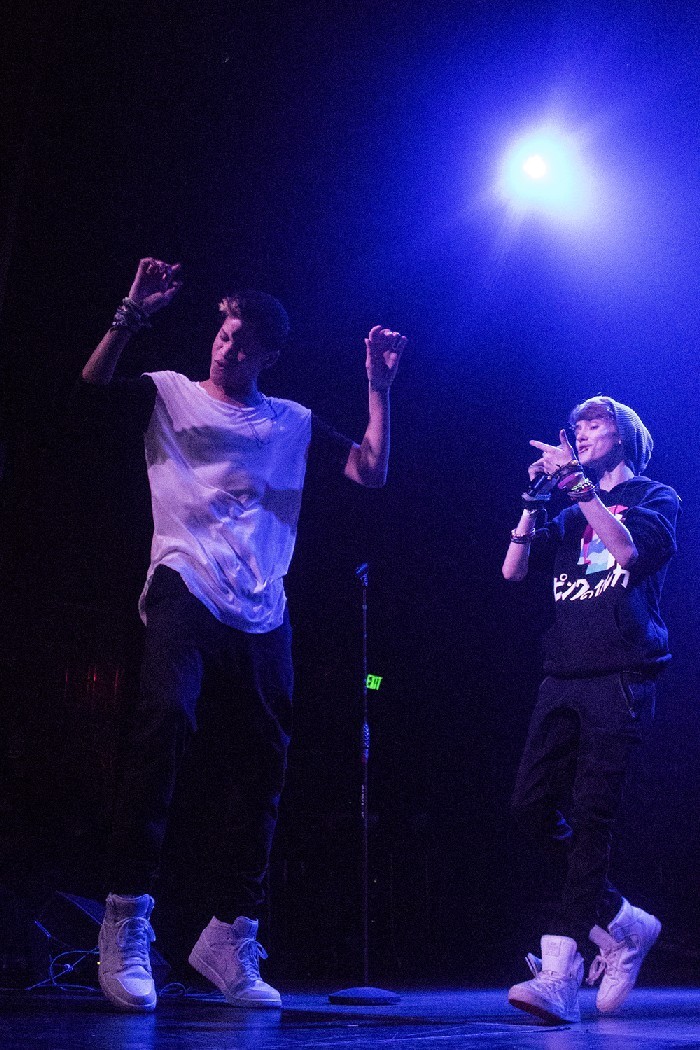 Andrew Fontenot performed after Tristan, and he sang his new song, “Nights Like This”. It’s rare for me to enjoy nonstop rap, but I instantly fell in love with his voice. At some point, Gabriel Mathis joined him onstage for a song! It was a really interesting combination.

Seth Bishop took the stage next, and, not much later, Aram Flood and Devyn Bess came onstage to join him! Seth sang many songs, one of them being his original song, “All That You Are”. His vocals in that song were absolutely beautiful.

After Seth had finished, he joined Devyn singing backup, and Aram took the lead. Although Aram’s set was acoustic, it was still just as exciting! And, of course, after he sang his final song, he passed the guitar to Devyn and returned to singing backup. They all complement each other so well, they need to be an official trio!

The Ochoa Boyz were after them, and the crowd was more than happy to have their “party water” sprayed all over them (the photographers weren’t as happy). Although our photographer for the night did not get any photos of them because we were told we were in the “splash zone”, you can imagine the flashing lights on their hoodies and the well-rehearsed dance numbers.

Devin Hayes closed the show, and quite tastefully, too. An all acoustic set was just what everyone needed to calm down a little and enjoy his sweet voice. Near the end of his cover of “Amnesia”, by 5 Seconds of Summer, he unplugged his guitar, stepped away from the microphone, and sang softly with crowd. It was breathtaking. He sang his new song, “Brand New”, as well. It was a great last performance. 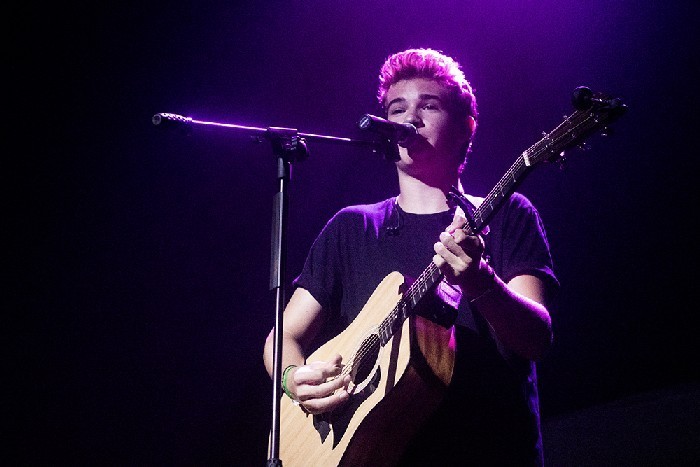 At the very end, all of the boys came out on stage, danced around a little, laughed, took selfies on fans’ phones, and, of course, a few of them took their shirts off. 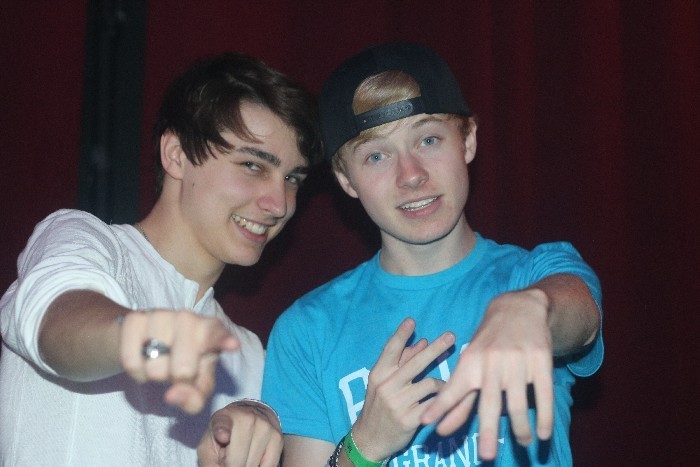 I thought the night was over, but I was wrong. After a few minutes, they eventually came out and met as many people as they could. It was the sweetest thing! The boys had real conversations with their fans, took pictures, and hugged them as tight as possible. Seeing everyone so happy was definitely the highlight of the night. I’m very impressed with KLiK because they hosted such a lovely event!